The following article appeared on FOXNEWS. COM. Read through it and educate yourself on these rogue programs. It might just save you a visit from ‘the doctor’.

By Jeremy A. Kaplan & Jana Winter 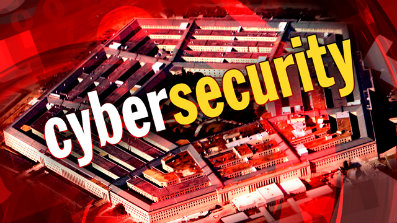 Here you have … one heck of a mess.

An e-mail virus swept through the Internet Thursday, snarling traffic and taking down servers at ABC, NASA, Comcast, and Google — and possibly even affecting the Department of Homeland Security.

The virus, called “Here You Have” (or VBMania, though different security companies have different names for the same virus), is a simple Trojan Horse: An e-mail arrives in your inbox with the suggestive subject line “here you have.” The body reads “This is The Document I told you about, you can find it Here” or “This is The Free Download Sex Movies, you can find it Here.”

Click the link in the message and you launch a program that spams the same Trojan Horse out to everyone in your address book, flooding and crippling e-mail servers.

Leading virus monitors such as McAfee Labs and Symantec are currently investigating the threat.

This particular virus is especially challenging to monitor, noted McAfee’s experts, since it seems to be replicating in several forms.

“It looks like multiple variants may be spreading and may take some time to work through them all to paint a clearer picture,” warned Craig Schmugar on the company’s Threat Response page.

In addition to a variety of major corporations, the virus appeared to take down internal servers at the Department of Homeland Security (DHS) on Thursday. Numerous sources told FoxNews.com that some DHS agencies that run on the Immigration and Customs Enforcement server crashed and were mostly disabled throughout Thursday.

But U.S. officials denied that issues with its servers were related to the virus, telling FoxNews.com that “neither DHS nor ICE were agencies that were affected.”

“It’s a phishing attack — when you click on the link in an e-mail it goes into the address book. It was clogging a bunch of e-mail and that’s it,” officials told FoxNews.com. “It’s too early to say how sophisticated it was, but a number of companies and agencies were affected.”

DHS spokeswoman Amy Kudwa said that Homeland Security’s experts were investigating the situation. She explained the U.S. Computer Emergency Readiness Team — US-CERT, the agency tasked with preventing cyber attacks against the government — was actively sharing its expertise with departments and agencies that had been affected, as well as private companies.

“US-CERT has received multiple reports from a number of federal agencies and private sector entities experiencing an email worm. A full assessment is being conducted – US-CERT is in the process of collecting and analyzing samples of the malware and has developed and disseminated mitigation strategies.”

“Basic cyber security practices and hygiene are essential to maintaining the security of networks and individual computers,” Kudwa advised.

Hopefully , that advice makes its way back to NASA, where employees were hampered throughout the day — and took to Twitter to complain about the problem.

E-mail Mart
Find us on Facebook!
Hours of Operation: M-F 9am-4pm Closed on Weekends and Holidays

Mardo’s now accepts Credit Cards for your paying convenience! Of course, we also take checks, PayPal  and cash too!